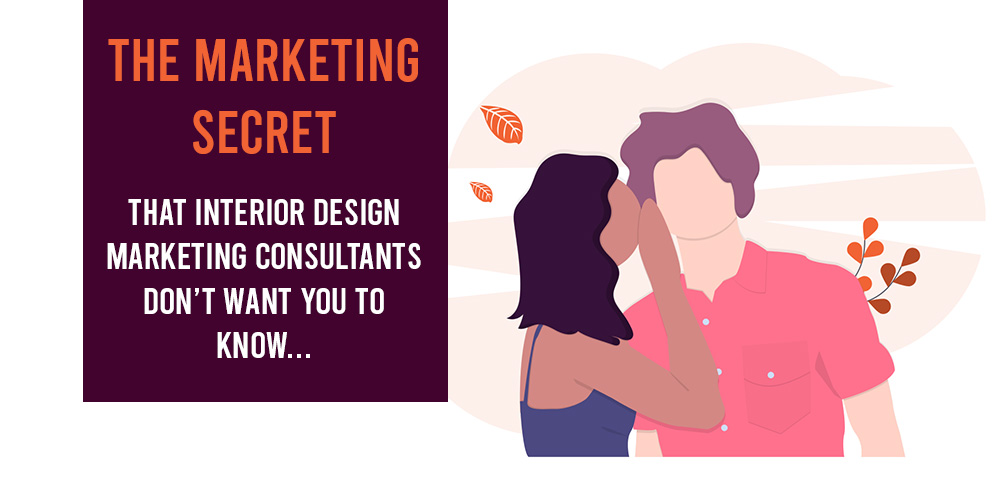 And, no this isn’t a lame attempt to sell you another ‘digital marketing package’ that you don’t need.

‘What’s the #1 secret to marketing an interior design business?’

Now, there are three things each of these answers has in common:

Then what is the #1 secret to marketing an interior business – and what makes this so unique, and so powerful?

It’s one that you – as the owner of your interior design business – can do yourself.

In fact, it is something that a marketing consultant can’t do. Only you can do it…and, trust me when I say you can do it better than anyone else can.

In fact, you won’t incur any direct expenses to implement this marketing strategy.

In order to better understand this marketing strategy, let’s take a look at one of the world’s most successful brands, Amazon, and its creator – Jeff Bezos.

The next section reveals how Jeff Bezos raised funds for Amazon when he was starting out. It’s there to prove a point about the marketing strategy I’m going to talk about.

If you’d rather just know what the #1 secret to marketing an interior design business is; skip here.

Jeff Bezos started Amazon as an online retailer of books with 5 employees in a Seattle garage.

In the early days, analysts derided the company as ‘Amazon.Bomb’, and predicted that established booksellers like Barnes and Noble would overtake the company once they launched websites of their own.

Despite this, Jeff Bezos was able to raise funding for Amazon ever since he thought about setting up an online bookstore (at the beginning, Amazon sold only books).

His initial calls to investors would be from his car, as his wife drove him to Seattle, where he planned to set up his company.

And, his efforts were successful…and he was able to get the funding he needed.

Jeff Bezos was asking people to invest in a company

Which brings me to the point…

Do you think he’d have been able to pull that off without having an extensive network of potential investors?

It’s that familiar feeling, that credibility that comes from ‘I know this guy’, that pushes a deal across the last mile.

And that’s the marketing strategy I’m telling you about.

The #1 Secret To Marketing An Interior Design Business – Networking

Business networking is the process of striking up a relationship with people who matter in your line of work – interior design.

A key feature of such relationships is that they tend to be long term.

What kind of people should an interior designer look to build networks with?

There are chiefly two kinds of people an interior designer – or, indeed, any professional – should build relationships with:

How would having such professional networks help an interior designer?

Note one key point here – whether it’s who to approach, how to do it, or where to do it – networking is all about the interior designer.

Also, since it’ll be their own business that the designer will be networking for, they know their business best, and they can do it better than anyone else.

Here’s how you can go about reaping the maximum benefit from your professional network:

The entire goal of networking is to set up a long-term, mutually beneficial relationship with human beings.

Your approach must be casual.

Don’t become completely laid back, and start cracking inappropriate jokes or sharing intimate secrets, but your approach must be casual, almost as if establishing a friendship. Click To Tweet

Finally…and this is crucial to establishing a successful business network…you must remain strictly non-commercial.

Commercial benefits will come in due course; but when you’re establishing a new relationship, remember to keep it free of any commercial or transactional intent.

While you should not have any commercial intent when you’re trying to establish a networking relationship, you should have a goal in mind as to what you want to gain from it.

Are you looking to:

How will this help? It will give you an idea of how to prepare to talk shop, and how to pitch your business, if an opportunity comes.

3. You must be prepared to talk shop

If the other party starts talking business, or discusses anything related to the industry, it is critical, absolutely critical that you be able to add meaningfully to the discussion.

For example, if you’re facing the head of the local chamber of commerce, and they’re talking about a slowdown in the local construction industry, you must be able to rattle off some numbers, either from your own business, or from the interior design industry in general, to either support or contradict them.

Remember, it’s not essential to support everything the other person says, you’re free to contradict them; however, you must be able to add meaningfully to the conversation. Click To Tweet

If the conversation goes towards your interior design business…

It’s an opportunity of a lifetime. You must be able to pitch your business like a pro, talking about:

Initially, you may need to make some notes on your phone; but don’t consult them while you’re engaged in conversation. Refresh your memory while you’re not talking with anyone.

Networking can happen anywhere, and at any time.

What matters is there are people you want to network with in front of you.

You should be prepared to seize the chance, if it comes up.

Striking up a conversation, and establishing is only half the battle.

The other half is maintaining the relationship.

How can you follow up on your initial conversation?

Whatever it be, keep the conversation flowing, every month or so.

The onus is on you to keep the relationship alive.

N.B. Following up with your clients is a good way of marketing your interior design business in a recession too.

6. If you’re an introvert

There’s no shame in it. Some of us are that way.

What matters is that you overcome it, if only to network for your interior design business.

The #1 secret to marketing an interior design business is networking.

An interior designer should look to network with;

The key things to remember in networking for your interior design business are;

You’re establishing a relationship, not asking for work.

You need to set goals.

You must be prepared to talk shop if the opportunity arises.

You must grab every networking opportunity that arises, whether they’re within office hours or not.

If you’re an introvert, you need to overcome it:

If this blog helped you network for your interior design business; or if you have any networking success stories you’d like to share, feel free to drop a comment below!

I wish you all the best in your networking efforts for your interior design business. 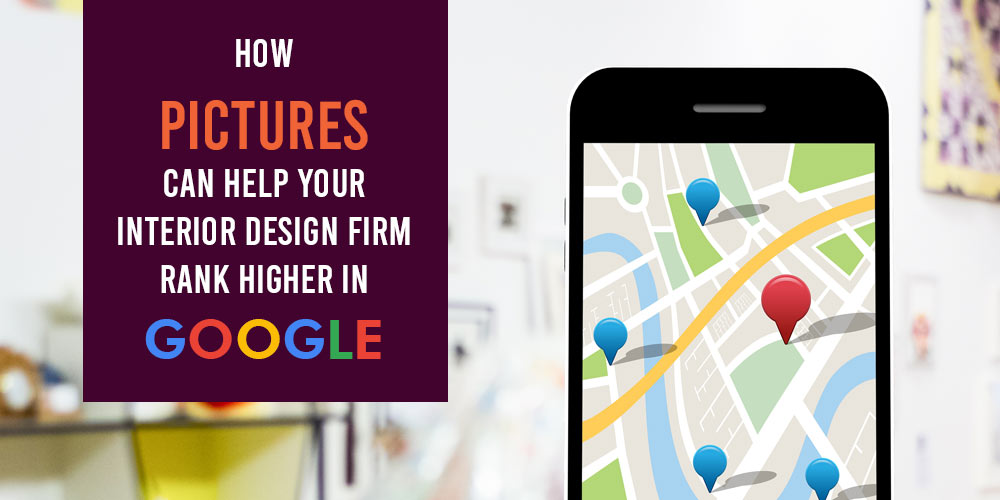 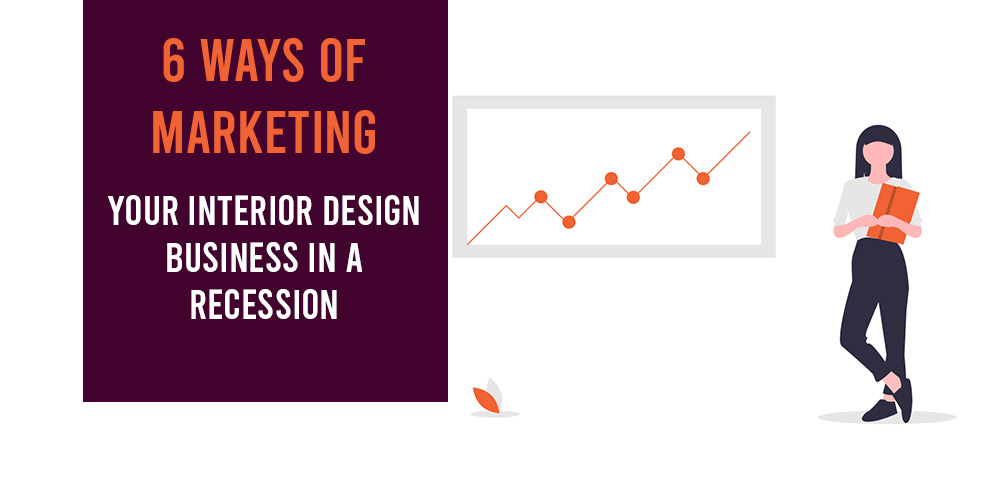 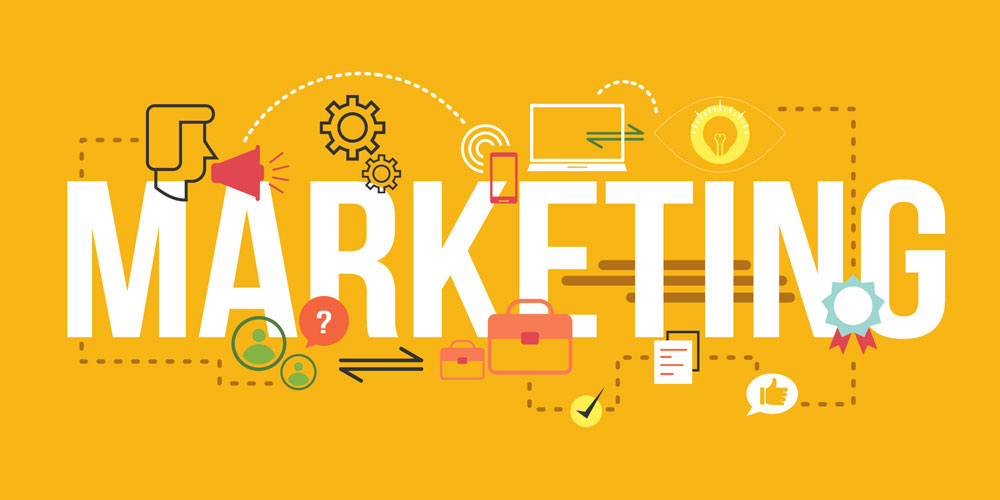 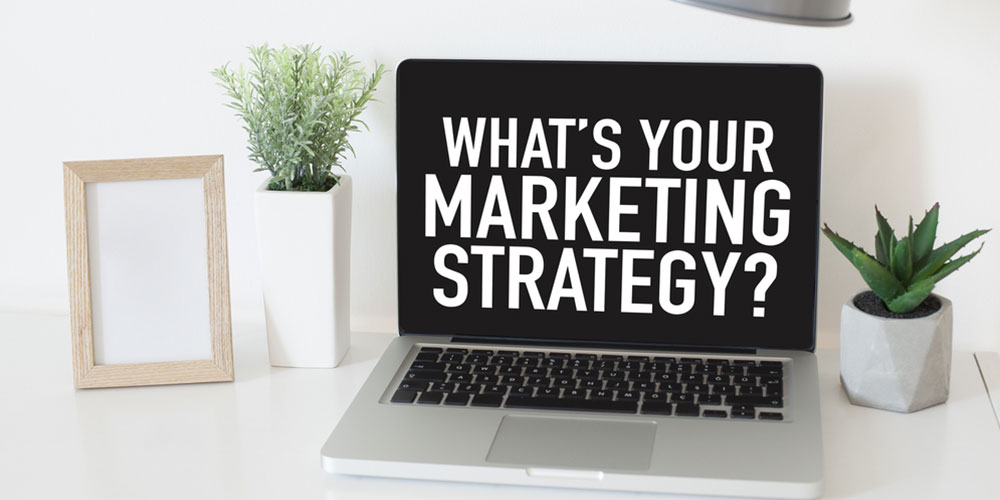 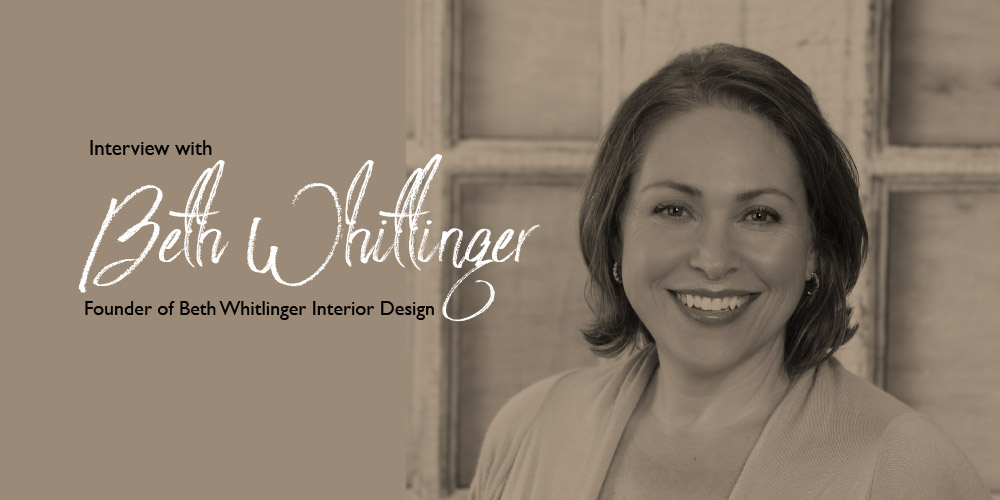 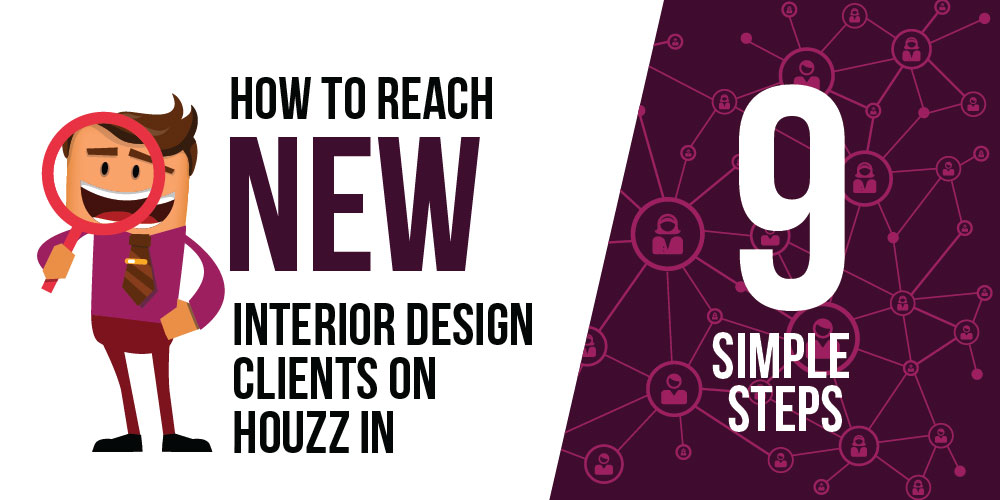 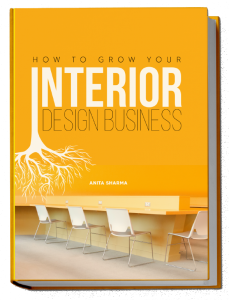 How To Grow Your Interior Design Business

How to go from having no clients to having no time to accept new clients at your interior design business!

The principles that this book discusses aren’t plucked out of thin air. They’re explained by analysis and in many cases backed by real-life examples the author has gleaned from her own experience collaborating with designers to market their services more effectively.

Get the book here: http://bit.ly/htgyidb